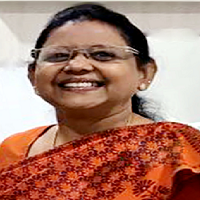 Designation: Consultant Obstetrician & Gynecologist  University: M.G.R.  University Country: India More Details
Dr. Mallika Samuel  is a senior consultant in obstetrics and gynecology. She has obtained her MBBS from Christian Medical College, Vellore and her Diploma in Obstetrics and Gynecology from the Trinity College, Dublin, Ireland. She has certified for Gynec Endoscopy from the Wadia hospital in Bombay, and gynec and obstetric ultrasound from Rotunda Hospital, Dublin, Ireland.
Dr. Mallika Samuel has been involved in research in Screening for cervical cancer, in the use of colposcope loaded on a mobile phone with a great degree of sensitivity, called the EVA.
Regarding her work in Infertility, She has been awarded Certificate of recognition by the Economic Times Health World, at the Fertility Conclave, as inspiring Gynecologist of Chennai, in April 2019.
She has been awarded The Dawn of the new Century Humanitarian Award by the Lions Club International for her Medical work in Kenya, in Bondo and free medical infertility camps in several centres in India. 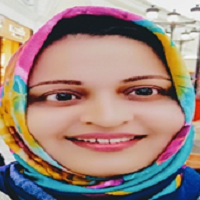 Designation: Specialist Obgyn  University: Ai-Wakra Hospital Country: Qatar More Details
Dr. Sufia Athar is MBBS, DNB, Fellow in Minimal Invasive Surgery, Fellow in Indian College of Obstetrician and Gynecologists.
She is specialized in high-risk Obstetrics, minimally Invasive Gynecology Surgery and infertility. She is also specialized in patients’ safety from the John Hopkins University, USA. She got certified in Global Health, Harvard T.H. Chan School of Public Health, USA. She has presented and published many clinical papers and posters. She received prizes for the best papers and posters in several conferences.
Her professional associations include Fellow in Indian College of Obstetrics and Gynecology, Member of Association of Obstetrician and Gynecologists of Delhi, India, Member of World Association of Laparoscopic Surgeons, Member of Indian infertility Society and Member Endocrine Society 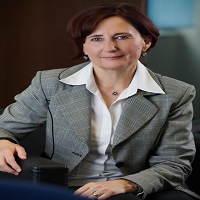 Designation: Associate Professor University: Slovak Medical University Country: Slovak Republic More Details
Tatiana Rapcikova has been working at the Slovak Medical University in Bratislava at the  Faculty of Health Care seated in Banska Bystrica since 2005. Nowadays she is a vice-dean for Educational Activities. Her teaching activities are focused on Ethics and Bioethics, Nursing and Psychology. Also she has many practical experience and skills related to patient treatment process. Scientific and publishing background is focused mainly on Ethics and Bioethics including ethical dilemmas in this field. She also points out the problems in handicapped people or patients suffering from various diseases and the specific ethical approach to those patients. 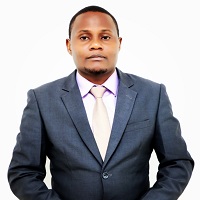 Dennis Mugambi Ngari is a licensed Nursing Officer with a Master’s of Science Degree in Medical Surgical Nursing and a Bachelor of Science Degree in Nursing and public health. Currently a PhD student pursuing Medical Surgical Nursing. A focused, enthusiastic individual with extensive knowledge and experience in health and health related programs, monitoring and evaluation skills, data collection and management, community based research, community nursing, and community development. A dynamic team player who believes in originality and creativity for excellence with special interest in Diabetes control, management and care. Diabetes affects millions of people globally and the prevalence is on the rise due to unhealthy diet and lifestyle. The disease results to chronic complications that include; cardiovascular diseases, diabetic nephropathy, diabetic neuropathy, foot ulcers and diabetic eye diseases that are all preventable through secondary preventive measures. Thus, the necessity to access the level of knowledge and practice of secondary prevention among Type 2 Diabetes Mellitus patients at selected healthcare facilities in Meru County, Kenya. 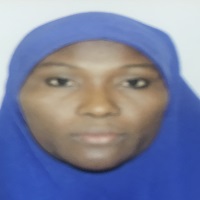 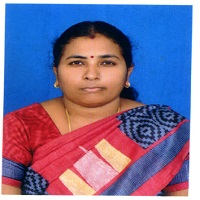 Thilagavathi Krishnasamy chosen this noble profession of Nursing as she had an inner desire to serve the sick and needy. She pursued her studies began from Diploma in Nursing and Midwifery and uplifted to the highest degree of Phd in nursing. Every path of this journey had lot of struggles and challenges; but she was able to overcome all with the grace of god, family support, hard work and self-motivation.

She have completed 30 years of service in which she worked in various cadres from staff nurse to professor. She have taken every role with lots of dedication and commitment.  Currently She is working as a lecturer in College of Nursing, Jazan University, Saudi Arabia. 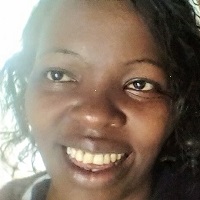 Designation: Lecturer University: Kemu Unviversity Country: Kenya More Details
Caroline Nyaguthie Githae is a lecturer with a Master’s of Science Degree in Community health Nursing and a Bachelor of Science Degree in Nursing. Currently a PhD student pursuing Community health. She is able to defuse difficult situations by picking the right time and place, listening and showing consideration for the thoughts and feelings of others- sensitive on the impact of others, have ability to establish priorities, coordinate and plan work plans with those of team members under supervision, work with others harnessing different skills, experience and perspectives to achieve shared commitment to solutions. In Embu County, pregnant mothers begin attending antenatal care (ANC) clinics late in third trimester. According to World Health Organization (WHO) guidelines, pregnant mothers should start their ANC in the first trimester before sixteen weeks of gestation. The study sought to determine factors associated with late booking of the visits. 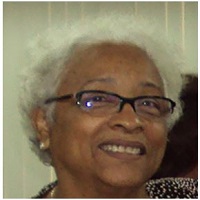 Designation: Consultant Professor University: National School of Public Health Country: Cuba More Details
Silvia Martínez Calvo, nowadays is a Professor Emeritus at University of Medical Science in Havana and Consultant Public Health professor at National School of Public Health. She is physician with specialization in Epidemiology. Since 1983 she has been working at University of Medical Science and her teaching and research activities in Cuba and various countries are focused on epidemiology, mainly health situation analysis and health surveillance. She have published books and papers on epidemiology, health situation analysis, health promotion and public health. She has participated in national and international meetings and conferences. She is a reviewer for five international journals She has been awarded like “Women of theYear 2004”  for outstanding contribution to Public Health and Social Medicine in Cuba and Honor Member of Cuban Society of Public Health. 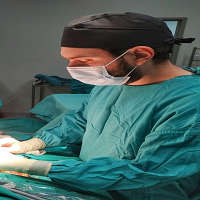 Designation: Surgery Resident University: Evaggelismos General Hospital Country: Greece More Details
Ilias Galanis completed his Bachelor degree in University of Athens medical school and possesses a Master of Science in High Risk Pregnancy by the University of Athens. He has been working as a surgery resident, currently in Evaggelismos General Hospital, Athens, Greece, the biggest hospital in Greece, for the past four years. He has a great interest in general surgery, especially colorectal and endocrine surgery. He has participated in many voluntary activities as a medical doctor and has published various research articles. Making peoples' health better is his ultimate goal for the years to come 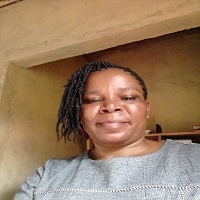 Annastacia Mbisi is a licensed nursing officer by Nursing Council of Kenya, practicing as lecturer at Kirinyaga University. She entered the career as a registered community health nurse at diploma level in 2004. Her determination in career progression lead to earning of Bachelor of Science in nursing in 2013. Working in very busy teaching and referral hospital since 2004 inspired her to go for master degree in nursing-medical surgical option. This moved her from clinical teaching to classroom teaching at Kirinyaga University as a lecturer in January 2021.

Her passion for evidence based practice in nursing has resulted to writing and publishing several article on diabetes related issues and maternal child health care. Has also participated in several conferences advocating for evidence based practice. Her passion for best practices resulted to enrolling for her Doctor of Philosophy in nursing, January 2021. 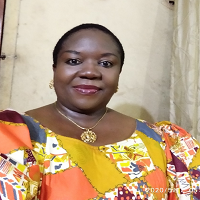 Hope Obiageli NWOGA is a consultant public health physician with specialization in Occupational and Environmental Health. Also she works in the area of infectious diseases. Presently she is working at Enugu State University Teaching Hospital, Parklane, Nigeria. She is a Fellow of the West African College of Physicians (FWACP) and a member of the Association of Public Health Physicians of Nigeria (APHPN). She have published papers on occupational health especially among healthcare workers and infection control in hospitals. She has participated in many national and international conferences. She is a reviewer for an international journal (International Journal of Community Medicine and Public Health). 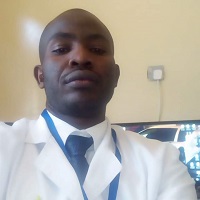 Designation: Nursing Officer University: Chuka University Country: Kenya More Details
Alfred Muriithi Njeru is a licensed Nursing Officer with a Master’s of Science Degree in Medical Surgical Nursing. He is a holder of Bachelor of Science Degree in Nursing and a Diploma in Community Health Nursing. He is currently pursuing a Philosophy Doctorate (PhD) in Medical Surgical Nursing. Alfred is a practicing registered nurse with clinical experience spanning seventeen years. He is a hardworking, self-motivated and a team-player with interpersonal, analytical and leadership skills and also possess proven abilities to adapt to challenging situations. He is aggressive in acquiring new knowledge and skills in the nursing profession. He has a special interest in emergency care and cancer management. On emergency care, he seeks to find effective and efficient ways of ensuring that casualties who find themselves in road traffic accidents obtain optimum emergency care so as to boost survival and minimize accident related disability. 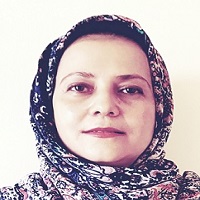 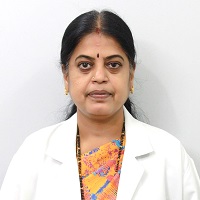 Dr. S. Rajalakshmi Baskaran achieved gold medal in her graduation (BZC) in Botany. Completed her B.Sc. Nursing and M.Sc. Nursing from a well reputed universities and received Doctorial Award from the hands of. Honorable Banwarilal Purohit, Governor of Tamil Nadu.

She has been a certified counselling specialist of Breast Feeding (BPNI). Enthusiastically trained both UG and PG students and guided in their research activities

Exceled professionally from level of staff nurse to Principal at Sri Lakshmi Narayana College of Nursing (under Amit Bharat University).  She believes the concept of Hard work never fails and feeling proud to be a nursing professional.   Basically, a good human, easily approachable, dedicated to the professional responsibilities and most honest. 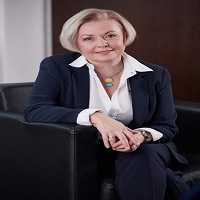 Designation: Associate Professor University: Slovak Medical University Country: Slovak Republic More Details
Beata Frcova has been professionally involved in nursing since 1987. For eighteen years she worked as a professional teacher, deputy director for the vocational component of training and authorized director at the Secondary Medical School in Banská Bystrica. Since 2005 she has been working at the Slovak Medical University in Bratislava at the Faculty of Health Care based in Banská Bystrica. At present, the second term of office is the dean of the faculty. She directs her professional and publishing activities to the field of nursing theory, theories and models of nursing, as well as research in nursing. 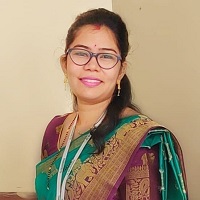 Mrs. Soumya Sonalika, currently working as an Assistant Professor in Department of Community Health Nursing at Kalinga Institute of Nursing Sciences,KIIT University,Bhubaneswar with 11 years of teaching experience. She pursued Bachelor in.Nursing from College of Nursing, Berhampur in 2004. She worked as a Research Assistant in Academy of Nursing Studies and Women’s Empowerment Research Studies (ANSWERS),Hyderabad in 2008. Then she worked as Assistant Lecturer at Siksha`O’University in 2009 which led her to do Masters from Utkal University with first class distinction in 2012. She has many research publications. She guided 40 PostGraduate students. She has organized and attended multifarous National and International Seminars, Workshops and Conferences. She has been appointed as External examiners and question papersetter at different Universities. She was elected as Chairperson Programme committee of Trained Nurses Association Of India(TNAI),Odisha branch from 2010-2014. She won Best prize(1 st prize) award in Oral Scientific Paper Competition held at All India Institute of Medical Sciences(AIIMS), Bhubaneswar, Odisha in 5 th SOMI Conference 2018. 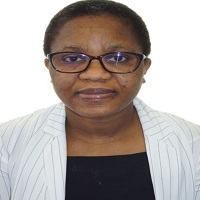 Dr Mandu received her PhD in Public Health and Epidemiology with a research focus on maternal and child health from the University of Wolverhampton (2017), United Kingdom, an MPH from the University of Ibadan and B.Sc. in Human Physiology from the University of PortHarcourt, all in Nigeria. Dr Mandu research sits broadly across areas of Sexual and Reproductive Health, Global Health and Health Inequalities, often with a mixed method. Dr Mandu is currently working with Manchester Metropolitan University as a Researcher. Dr Mandu have over 9 years track record of teaching and research experience. Dr Mandu is a reviewer for Global Health Promotion, International Journal of Men’s Social and Community Health, International Journal of Studies in Nursing, and Journal of Nursing Research and Practice.