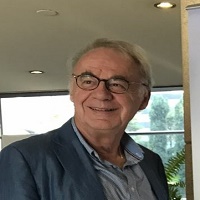 Designation: Director University: European Bio Immune(G)ene Medecine Association Country: France More Details
Born in Strasbourg, France, Dr. Gilbert Glady graduated from Med School in 1977 and was then a resident in onco-hematology in the university clinic for several years. After a specialization in natural medicines in Paris, he returned to the Alsace region to work as a private practitioner. Through his work and encounters, he developed interest and expertise in immunology and immunogenetics, that leaded him to nanomedicine and nanobiotechnology. He thus became in 2010 the creator of the BI(G)MED method (Bio Immune (G)ene Medicine) and director of EBMA, the European association responsible for the communication and trainings in the field of BI(G)MED. He has participated in numerous international congresses in immuno-allergology, infectiology and oncology with posters and oral presentations, and is the author of several publications on nanobiotherapy in different journals. 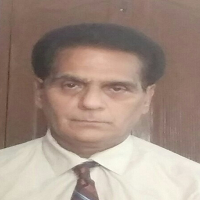 Dr. Sunil Kumar Bajpai is professor of Chemistry in Govt. Science College, Jabalpur, (M.P.) India. He obtained his Ph.D. degree in chemistry in the year 1997. His research areas include polymers for site specific drug delivery, polymer/nanoparticles composites and bio-polymers for wound healing management. He is member of Editorial Boards in various international journals of high impact factors. He has been reviewer for a number of esteemed journals published by ACS, Elsevier, John Willey etc..  He has published 150 plus research papers in various research journals of international repute. He has authored various chapters in different books published by reputed publishing houses such as CRC press, Nova publishing, etc. He has also contributed a chapter in Encyclopedia on Polymers.  He has completed a number of research projects funded by different national agencies. He also collaborated with a Swedish company TrioMed for fabrication of “Portable Dialysis Machine”. 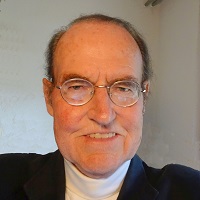 Designation: Medical Researcher University: Non-Government-Organized-Research Country: Switzerland More Details
Giselher Schalow was born in Berlin, became a mechanist at Siemens, studied electronics (Dipl.Ing) and worked at an engineer at Bosch. From 1965-1970, he studied Theoretical Physics at Free University of Berlin and made the Dr.rer.nat. in 1973. From 1973 till 1975 he was research assistant at the Physiological Institute of the University of the Saarland and was from 1975 till 1977 at the Institute of Biophysics, University College London (post doc with Katz, Huxley and Miledi). From 1977-1983, he studied Medicine at University of the Saarland and did the doctor’s degree (Dr.med.). From 1985 till 1992, he was research assistant at the Departments of Neurosurgery and Pathology (fall of Berlin Wall in 1989) of Ernst-Moritz-Arndt University Greifswald and Humboldt University (East Germany) and at the Department of Pathology of Free University (West-Berlin). The Habilitation in Medicine (Dr.med.habil.) was in 1992 (highest degree). From 1992 till 1998, he was the leading doctor for clinical research at Swiss Paraplegic Centre Nottwil, Switzerland and afterword’s Guest professor for Human Neurophysiology, Kinesiology and Physiotherapy at University of Tartu, Estonia, Institute of Exercise Biology and Physiotherapy. From 2004 till 2020 he performed Neurorehabilitation at Tampere University (Neurology, Neurorehabilitation) and Turku University (Neuropathology), Finland, and applied Coordination Dynamic Therapy in Spain, Finland, Sweden, Switzerland, Greece, Austria, Slovakia, and Estonia (University of Tartu). (134 Scientific Publications; 50% the only author). 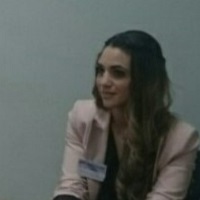 Designation: Researcher University: University of West Attica Country: Greece More Details
Foteini Biskanaki is a University graduate Aesthetician and Cosmetologist, MSc, Phd Candidate. Since July 2017, she is a PhD Candidate in the School of Medicine, The National and Kapodistrian University of Athens with thesis: "Histological study of the Damaging Effect of Solar Radiation on the Skin Dermis".  She is a Researcher in the Laboratory of Dermatology-Aesthetics & Laser Applications (labLAD) and Academic Scholar in the Department of Biomedical Sciences, in Direction of Aesthetics and Cosmetology, University of West Attica, Athens in Greece.
The subject of her Master's degree is "Environment and Health Management of environmental issues with implications for Health’’ and her Master's Thesis was: "Correlation of aesthetic non-invasive treatments and their effect on the environment and health". Her research interests are Electrotherapy-Dermatoherapy, Facial Dermatology, Mesotherapy, Facial and Body Aesthetic Applications, Obesity, Laser hair removal, Laser tattoo removal, Skin and Plastic Surgery, Solar Radiation and Skin. Her research work is published in international journals and she has participated in Panhellenic and International scientific conferences. 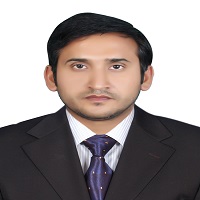 Designation: Post Doctorate Follow University: Zhengzhou University Country: China More Details
Dr. Anjum Jamil, belongs to Pakistan as a home country, but currently have been working as post doctorate fellow in Zhengzhou University, Henan, Province China. During his studies, he has been working on infectious diseases and control, management strategies, and other preventive measures, especially focused on zoonotic diseases, and being engaged with more advanced diagnostic strategies which make the condition cleared for the diagnosis parameters. He has also been attending conferences in Pakistan and Malaysia concern with International zoonotic conference. During his MPhil and bachelor he has done project work related to toxoplasmosis and recent advances in development strategies of toxoplasma among small animals and also in women in case of human beings. During his educational carrier he was engaged in the write up of different papers related to infectious diseases and preventive measures, recently he has been working on another paper related to COVID 19, strategically implementation which Pakistan has been adapted so far. 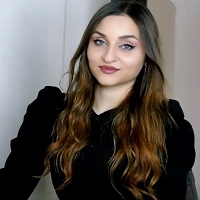 Dr. Khalil is a Research Associate in the Department of Biochemistry and Molecular Genetics /Faculty of Medicine at the American University of Beirut. Her research interest is in the field of genetics and molecular oncology. Her studies mainly focus on the molecular signature of lung cancer, spanning the spectrum from basic to translational medicine and using multiple omics approaches. In parallel, Dr. Khalil has been actively involved in understanding the familial inheritance of several diseases such as congenital heart malformations and skin anomalies using next-generation sequencing technologies and bioinformatics. This background and expertise have helped in positioning Dr. Khalil as one of the leading personnel in COVID-19 research in Lebanon. Her studies aim at understanding the susceptibility and prognosis of SARS-CoV2 infection from a genetic perspective in this population. 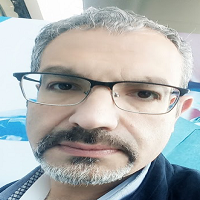 Designation: Professor University: Hamad Bin Khalifa University Country: Qatar More Details
Dr. Georges Nemer is a Professor of Genomics and Precision Medicine and the head of the Genomics and Translational Biomedicine Division at the College of Health and Life Sciences (CHLS) at Hamad Bin Khalifa University (HBKU) since January 2020. Professor Nemer earned his PhD degree in Pharmacology from the Université de Montréal in 2002 before moving to the Department of Biochemistry and Molecular Genetics at the American University of Beirut (AUB) where he spent 17 years as an educator, researcher, and administrator. To his record more than 100 peered-reviewed articles and more than 40 graduates in addition to trainees and postdocs.
Dr. Nemer built the first genetic database of congenital heart diseases in Lebanon and the Middle-East and he fostered regional and international collaborations on the genetics of rare diseases. He was amongst other the recipient of the prestigious Dubai Harvard Foundation for Medical Research grant. He teamed up with high caliber researchers to study the genetic basis of different cardiovascular diseases with the state-of-the-art technologies currently available. His expertise in molecular biology, genetics, pharmacology, epidemiology and bioinformatics have had impacted many of the graduates he mentored.
Dr. Nemer has been directly involved in promoting research through philanthropic activities to support local students and by keeping the highest ethical research standards. As such his expertise in the COVID-19 crisis stemmed from both ethical and research considerations. 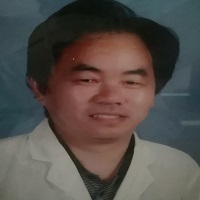 Shiliang Song graduated from the   Suzhou Medical College in 1983. From 1988 to 1992, he was the vice president of Huangjing Central Hospital of Taicang City. From 1997 to 2006, he was the director of emergency department of Taicang First Hospital affiliated to Soochow University. Now he is the chief physician and professor of internal medicine. Member of Suzhou Medical Technology Appraisal Expert Database. Jiangsu government procurement evaluation expert. He has published more than 20 papers. Hosted the project of “The Epidemiological Investigation and Prevention Strategy of Pesticide Poisoning in Taicang City” won the third prize of scientific and technological progress in Suzhou City. He was awarded a third-class merit by the Taicang Municipal People's Government and an excellent scientific and technological expert in Taicang City, China. He was also a key member of the 2003 fight against SARS. Since COVID-19 has been popular, He has fought in the first line of clinical practice and conducted in-depth research on the theory and practice of COVID-19 in his spare time. The paper "COVID-19 Is Further Subdivided Into COVIP-19 and COVII-19 " was published in Frontiers, Public Health, 16 June 2020 | https://doi.org/10.3389/fpubh.2020.00301 , and another paper "China Experience in Controlling COVID‐19 "was published in SocArXiv and OSF. http://dx.doi.org/10.31235/OSF.IO/GFNEP

Designation: Researcher University: Bar Ilan University Country: Israel More Details
Bnaya Gross is a University graduated in physics and computer science, currently a Ph.D. student in physics at Bar Ilan University in Prof. Havlin’s group. His field of research is statistical mechanics implications in network theory. His research focuses on the effect of spatiality on the network dynamics and structure which can vary in different ways such as interplay between homogeneity and heterogeneity, and anisotropically structure. He also studies generalized models for spatial networks such as multiplex networks, interdependent networks, and network of networks which unveil rich dynamical phenomena. His study of spatial networks has implications in many real-world phenomena such as epidemic spreading, traffic jams, and brain memory. 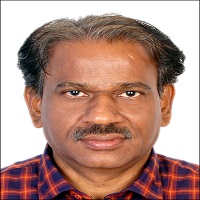 Professor J. Jeyakanthan, Head of Bioinformatics Department, Alagappa University, Tamilnadu, India is actively involving in unraveling the Structural and Functional aspects of model organisms Thermus thermophilus HB8 and Pyrococcus horikoshii OT3 which shares similarity to human genome. His research focus is on discovery of drug targets and novel lead compounds for Chikungunya, Malaria, Dengue, Covid-19, ESKAPE pathogens, Cancer and Diabetes using structure based approach. He has more than 24 years of research experience in structural biology and bio-computing techniques. His lab approaches bi-directionally through Bioinformatics and Protein X-ray crystallography to understand the structural insights of the protein and its associated complexes. His research outcomes leads to more than 140 research publications, 150 protein structures deposition in PDB and 30 genomic sequence depositions in GenBank. He has attracted funds of more than Rs. 6.35 crores from several agencies for major research projects. Prof. J. Jeyakanthan is currently the Chairperson in School of Biological Sciences, Alagappa University.