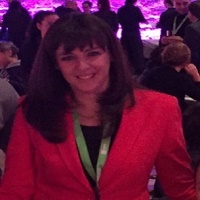 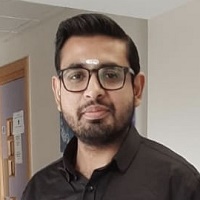 Dr. Kishor Santhosh is a Doctor of Pharmacy Graduate and has worked as an intern Clinical Pharmacist for a period of one year. He is currently pursuing his M.Sc and research in Translational Oncology, Trinity College, Dublin. He was also selected to deliver an oral presentation at Manipal International conference to present about this research work and he was one among the top 5 best presenters. He was awarded “The Best Outgoing Student for 2012 Batch” for his extraordinary performance in academics and in extracurricular events. He has also presented a paper at the INDIAN PHARMACEUTICAL CONGRESS regarding the assessment of off-label drug use in a tertiary care hospital. Added to this, he has 3 Publications and is currently working on a number of projects.  He has shown great interest and high technical understanding in intricacies of molecular targeted therapy, immunotherapy and chemotherapy. For his efforts he was awarded with a Novel project which targets the obese tumor microenvironment, inhibiting IL-6 which helps in overcoming drug resistance. He is currently working on a number review articles in the field of Oncology and drug development and aspires to dedicate himself in novel drug development in the field of cancer. 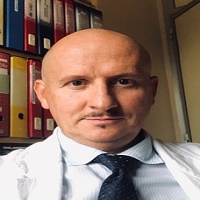 Massimo Dominici had done his MD degree at the University of Pavia in 1996. Since 2019 he is the Director of the Division of Medical Oncology and the Director of the Program of Cellular Therapy and Immuno-Oncology at the University Hospital of Modena and Reggio Emilia(Italy). He had published more than 140 papers with more than 20000 citations, 12 patents, five book chapters published, one book published in 2013 and 2 books in 2014. He has 22 grants as principal investigator with 11 on competitive calls (including 2 PRIN, 3 AIRC, 2 RicercaFinalizzata, POR-FESR), 10 grants as co-investigator all on competitive calls (including 1 FP7, 1 H2020, 1 MIUR 2017, POR-FESR), 11 grants from biotech industries for sub-contracting investigations with a total of 14,6Mio € granted since 2004. Co-founder and coordinator of the Mirandola Science and Technology Park. Award from International Federation of Medical Student Association (IFMSA) in 1996; Young Investigator Award from "Italian Association against Leukemia (AIL); Berlucchi Award for Research in Oncology (2012); “FanfullinodellaRiconoscenza Premio Città Di Lodi” (2017); International Award Mashhad University – Mashhad Stem Cells Conference 2017; International Award Pico dellaMirandola (2017). He has been co-founder of the Forum of Italian Researcher on MSC (FIRST), board member of JACIE, WBMT and scientific advisor for the Italian Minister of Health. He has been member of ISCT, ASH, ESCGT, IFATS, IPLASS. He has been President of ISCT 2014-2016 and now member of the Strategic Advisory Council and Chair of the ISCT Presidential task-force on unproven cell and gene therapies. 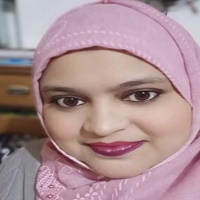 Dr. Kaenat Zahra has done Master of Surgery (MS) in OBS and Gynae from CSJMU (UP, India) in Unani Medicine which is Perso-Arabic Medicine system where teachings of Greek Physician and Surgeons are taught. She has presented a thesis Titled  “Clinical Efficacy of Hulba(Trigonella foenum-graecum Linn) and Hijamat Bila Shurt  (Dry Cupping) in the Management of  USRE TAMS IBTIDAEE (Primary Dysmenorrhoea)” under the guidance of her HOD Dr. Abdullah in CSJMU Kanpur (UP India) in the OBS and Gynae Department of DUMCH & RC(UP). Some of her research paper has been even published in International Journals like  AJPTR(Am.J.PharmTechRes.2019;9(06)ISSN:2249-3387 Pg No 267 -277)and AJPHR online (Am.J.PharmHealthRes.2019;7(11) ISSN:2321-3647 Pg No 51-62). Though she has presented research paper on Oligogalactia, Dysmenorrhea Breast Cancer, PCOS and many others topics in various International and National Seminar and Symposia with respect to Unani drugs and Regeminal Therapy but her main interest is to do researches in OBS and Gynae where she has been applying an integrated approach with Modern system in her Research work to make it more useful and more scientific. 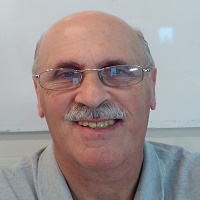 Agustin is working as a Biochemist since 1980 and Professor and researcher at the Catholic University of Cordoba since 1994. He completed his masters in management administration in health services in 2003 and Ph.D. in science of health in 2017. He currently developed fibrinolitic protein purification methods for therapeutic use and neural network projects for the prediction of cardiovascular diseases. 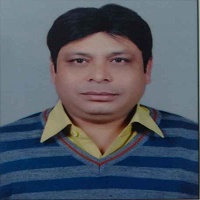 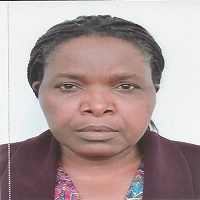 Designation: Researcher University: Universite Marien NGOUABI Country: Congo More Details
NTALANI Hermeline is originally from Congo Brazzaville and holds a PhD in Molecular chemistry, option chemistry of biomolecules(synthesis, structure and reactivity), obtained in 1998 at the University of Montpellier II, in France. After practicing in secondary education in France and Cameroon she have been employed at Marien NGOUABI University (Congo), since 2014 as a Teacher-Researcher in Chemistry at the Faculty of Science and techniques.
Her research activities mainly concern the development of plant resources such as: aromatic plants for obtaining essential oils for different applications (cosmetics, food, therapeutics), medicinal plants with Anti-plasmodial activity, food plants with coagulating or flocculating activities in the clarification of surface waters, recovery of biodegradable solid household waste by composting. 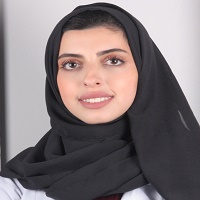 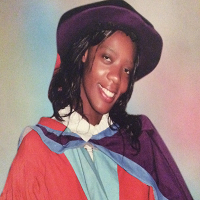 Sylvia Opanga is a Clinical Pharmacist and a Senior Lecturer at the University of Nairobi’s School of Pharmacy. She holds a PhD in Clinical Pharmacy from the University of Nairobi. She practices at Kenyatta National Hospital and her main areas of interest are surgical, cardiovascular and infectious disease pharmacotherapy. She owns a community pharmacy clinical practice, in which she provides pharmacotherapy reviews for patients.  She holds a fellowship in implementation science from the University of Washington, Seattle. She is also interested in evidence based research and clinical practice, and has worked on several systematic reviews and meta-analyses that have impacted policy, mostly on antibiotic use in Kenya. She actively participates in research and has won several grants that impact on infectious diseases. She is a member of the Ministry of health antimicrobial stewardship technical working group, and she heads the community pharmacy sector for this group. Sylvia is dedicated to ensuring patient safety through proper medication use and use of big data in improving patient safety in Kenya and Africa as a whole. In this regard, she is the founding East African Lead for the International Society for Pharmacoepidemiology and the Medicines Research and Utilisation Group in Africa (MURIA).  Sylvia is a member of the Kenya Society of Basic and Applied Pharmacology, Pharmaceutical Society of Kenya and the Hospital Pharmacists Association of Kenya. 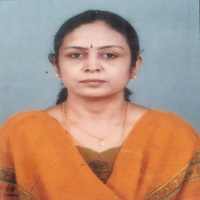 Kalyani M graduated MBBS at Coimbatore Medical College and MD Microbiology at Stanley Medical College. She has UG and PG teaching experience of more than 19 years. She has given many guest lectures in National and International Scientific forums. She is the Chairman for Hospital Infection Control Committee and Co-coordinator for Mess Committee at Saveetha Medical College. She is a Peer reviewer in Journal of Clinical and Diagnostic Research, NJBMS and Indian Journal of Ophthalmology. She is Treasurer in Indian Association of Medical Microbiology (Tamilnadu -Pondy Chapter) and Joint Secretary for Indian Association of Tropical Parasitology. She Has presented research papers in National and International conferences and has published more than 60 articles in National and International journals. She has been guiding PhD scholars for more than 8 years and MD and M.Sc Medical Microbiology students for more than 15 years. She had undergone training in Faculty Development program at Moulana Azad Medical College and Sri Ramachandra Medical College &amp; Research Institute (Nodal Centre) and served as resource person in MEU at Saveetha Medical College. She has been awarded the Best Faculty – Research for 2018 in Academy of Clinical Excellence award by Saveetha University. 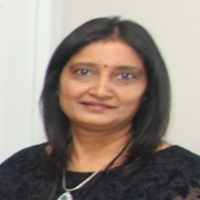 Prof Moganavelli (Mogie) Singh graduated with a PhD (Biochemistry) from the University of KwaZulu-Natal in 2006. She is currently an Associate Professor, Researcher and Head of the Nano-Gene and Drug Delivery Laboratory at the University of KwaZulu-Natal, Durban, South Africa. Her research is interdisciplinary, and includes the development and biological evaluation of novel inorganic nanoparticles as potential gene and drug delivery vehicles for cancer gene therapy. Nanoparticles currently under evaluation in her laboratory are gold, silver, platinum, selenium, copper and magnetic iron nanoparticles. In addition, she is also involved in the evaluation of the anti-cancer activities of chemically synthesized and medicinal plant compounds.  Prof Singh is a member of the European and American Gene and Cell Therapy Societies, and has over 90 publications to her credit and regularly presents at international conferences. Her current collaborations extend to India and China. 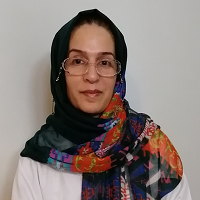 Designation: Forensic Pathologist University: University of Tehran Country: Iran More Details
Dr. Zahra Aghili started practicing medicine in urgent care of a city in Bushehr, which is one of the poorest regions in Iran. It has been many times that she was the only female doctor of the whole city during her seven years there. She then worked 5 years in a rural city near Tehran where she was responsible for tuberculosis patients and pregnant women. After that, she did her residency in Forensic Pathology with speciality in Toxicology. The last three years, she has been a Forensic Pathologist in identifying  and investigating cause of death or injury. Currently, as any other doctor, she wears many hats during COVID-19 crisis: working as ER doctor as well as making sure the necessary specialist surgeon and doctors are available in hospital.
Her research interest includes Toxicology and Forensic Pathology. 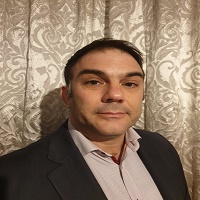 Grigoris Agyralidis is a Pharmacist and he holds a Master’s Degree in Industrial Pharmacy (Department of Pharmacy, University of Athens). He has almost 20 years of working experience in the Pharmaceutical Industry mainly focused in the fields of Regulatory Affairs and Pharmacovigilance. He has authored scientific and business articles and given many lectures in Greece and Cyprus. His current business position is Head of Regulatory Affairs in Boehringer Ingelheim Greece with responsibilities for Greece and Cyprus. He is also an active member of the Regulatory Affairs working party of the local Pharmaceutical Industry Association. 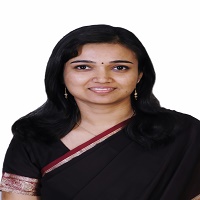 Designation: Professor University: Jaypee Institute of Information Technology Country: India More Details
Rachana is working as Associate Professor at Biotechnology Department, JayPee Institute of Information Technology, Noida, India. She is graduated and completed MSc from Department of Biosciences & Biotechnology, IIT-Roorkee. She got her PhD (Biotechnology) in 2006 from School of Biosciences & BioEngg. IIT- Mumbai. She completed project from AYUSH, NMPB, Govt of India on Scientific Documentation and digitization for selected Indian medicinal plants” of worth 7 lakhs (Dec 2008).she has received many awards for poster presentation and received many Golden awards for active participation in the national and international conferences. She has a member ship with many societies and association. She is an Editorial member in Journal of Cell Science & Molecular Biology and Scholars Academic Journal of Biosciences. She guided many projects for PhD, M pharm, M tech and B tech students. She organised and coordinated many scientific events at IIT Mumbai. 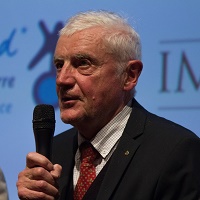 Pierre Lutgen studied at the University of Louvain in Belgium and obtained Diplomas in Chemistry, Social Sciences and Philosophy. He worked for 25 years at the DuPont CY in research and for 8 years in Steel Industry, mainly in the environmental field. Since his retirement, he worked as a Consultant for health and environment as Invited Professor at the University in Medellin and for the European Communities in several countries. Over the last ten years, he has organized the association of IFBV-BELHERB studying and researching on tropical diseases along with 30 academic and medical partners in Africa, South America and Europe. Numerous peer reviewed papers have been published by this team, mainly on herbal medicines. 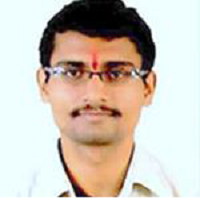