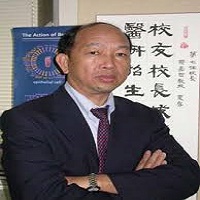 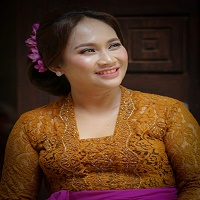 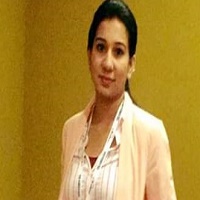 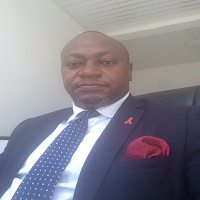 Designation: Medical Director University: HIV/AIDS, ART/PMTCT/TB Programs Country: Cameroon More Details
Dr. Edouard Tshimwanga Katayi, MD, MPH, is an experienced physician with fourteen years of experience in Cameroon on HIV/AIDS programs and possess clinical and technical experience in the care and treatment of HIV/AIDS patients. As a nationally-recognized physician in HIV care and treatment, he will bring leadership in the management of HIV service programs and expertise in effectively navigating the national health structure to ensure quality project results. Dr. Katayi contributes to national technical working groups (TWGs) and has experience advocating for child and adolescent HIV care and treatment. He currently serves as Medical Director of HIV/AIDS, antiretroviral therapy (ART), prevention of mother-to-child transmission (PMTCT, and tuberculosis (TB) programs for the Cameroon Baptist Convention Health Board (CBCHB) where he monitors the medical care and treatment programs according to national and CBCHB guidelines. As the Clinical Supervisor for the President’s Emergency Plan for AIDS Relief (PEPFAR)-funded HIV Free NW and SW projects, he oversaw the Option B+ pilot program and supported medical staff in patient management. He also provided guidance on medical issues and assisted in evaluating and analyzing medical data. Dr. Katayi holds a Master’s in Public Health from Texila American University and a Diploma in Medicine from University of Lubumbashi, and serves on the CBCHB Research Ethics Committee and the DRC and Cameroon National Medical Council. He is fluent in French, English, and Swahili, and is proficient in Lingala. 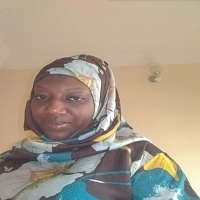 Designation: Clinical Microbiologist University: Federal Medical Centre Katsina Country: Nigeria More Details
Suleiman Medina  is a clinical Microbiologist presently working at Federal Medical Centre Katsina. Nigeria. She was once the H. O. D of the laboratory,the treasurer of MDCAN, member of Infection Control Committee of FMC Katsina. She has worked as LQA in WHO Nigeria.Some courses she has done online  include:Antimicrobial Stewardship, managing  antibiotic resistance, challenges in antibiotic Resistance  Gram Negative  bacteria,challenges in Antibiotic Resistance point prevalent  Surveys. She has reviewed  a couple of research work and eager for international  collaboration and training to bring out the best out of our resource resource limited country, Nigeria. 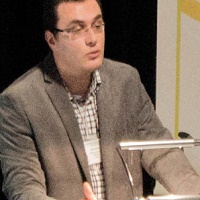 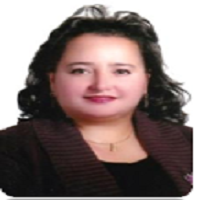 Prof. Heba S. Hamed is currently working as an associate professor of fish physiology in zoology department,  Faculty of Women for Arts, Science & Education, Ain Shams University Cairo, Egypt. She had her doctoral of philosophy of science in 2012 and Master of Science degree in 2010 from Ain Shams University, Cairo, Egypt. Prof. Hamed had diploma in biochemistry and physiology from Suez Canal University, faculty of Science, Ismailia, Egypt in 2014‐2015. She also had a professional diploma in Quality & Accreditation management systems 2015‐2016. Her major research interests include fish physiology, reproductive toxicology, and aquatic toxicology. She has been able to prove scientifically that extraction of some medicinal plants used locally in fish diets contains pharmacologically active principles, capable of ameliorating fish reproductive dysfunctions and enhancing fecundity. Prof. Hamed is an editorial board member of Asian Journal of Emerging Research, SCIRA Journal of Fisheries, International Journal of Eco‐toxicology and Exobiology and a reviewer in Environmental toxicology and pharmacology, Natural product research, Scientific African and many other international journals. 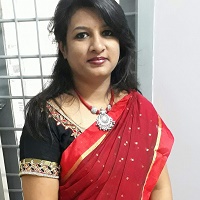 I am also a  member of various Organizations and Institutional Committees.

I have secured 3rd rank in postgraduate RGUHS University examination. I have completed ICMR project titled. Comparative efficacy of determination of sex by measuring size and volume of maxillary air sinuses by 3D CT scan and Plastination methodsI have submitted VGST project under the Govt of Karnataka. I have more than 24 research publications in peer reviewed  IndexedJournals. I have authored two books under International Publishers. Lambert’s Academic Publications Germany. I have been awarded - 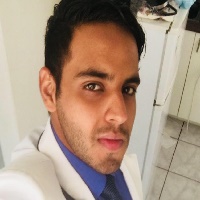 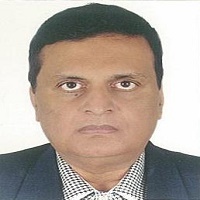 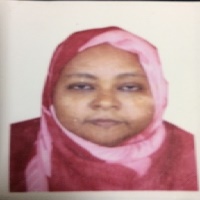 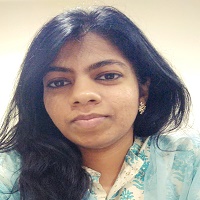 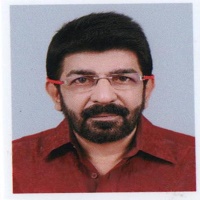 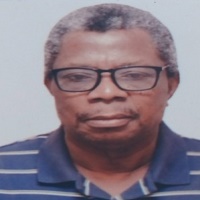 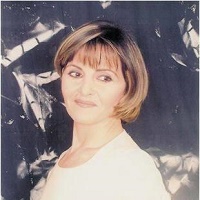 Designation: Author of Gravity Syndrome and Inventor of Gravity G- Pain Relief Gel. T University: Gravity G-Tunis Country: Tunisia More Details
Raja Tounsi, born on the first of February 1962, grown up in a Military Family, She made her career in aeronautics and since 1990 until today. She started in a new branch Massage therapy and Aromatherapy to take refuge in researches. She is author of “Syndrome de Gravité” and innovator of “Gravity Gel”

“I love what I am doing because it offers me a constant variety and diversity, without ever having a normal day, creativity, growth and new concepts, seeing my innovations grow and develop diversity to make a lot of research and no routine - The opportunity to create something new for a better world. In these researches I developed relativity at the body level in its atmospheric setting. The human body is a ball of renewable energy; this study is based on the scientific definition of the relativity at the corporal level compared to the atmospheric environment which shelters it. This hypothesis accentuates the importance of the energetic material and its primordial role in future cures and efficient therapies”. 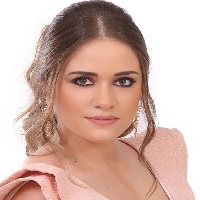 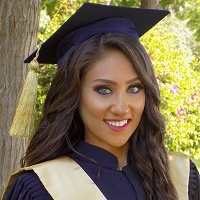 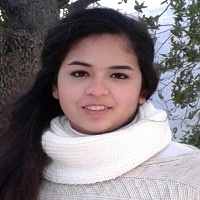 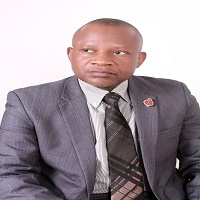 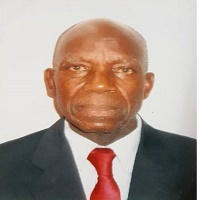 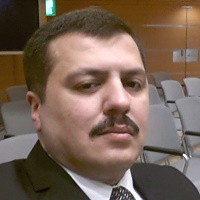 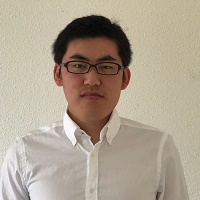 Designation: Researcher University: University of Texas MD Anderson Cancer Center Country: USA More Details
Biography
I got my doctoral degree at China Agriculture University under the supervision of Dr. Bin Wang in China. During that time, I mainly focused on the exploration of novel strategies to prevent and immunotherapeutically treat acute or chronic viral infectious diseases including HBV and newly emerged H7N9 avian influenza virus. After that I did my postdoctoral training in U.T. MD Anderson Cancer Center in U.S. My current projects focus on investigation the function of ubiquitinase and deubiquitinase in the regulation of immunological tolerance, autoimmunity, chronic inflammation and cancer development
Rasearch Interest
1) ubiquitination and deubiquitination in the regulation of NF-kB and immune functions, 2) signaling pathways regulating immunological tolerance, autoimmunity, and chronic inflammation and 3) deregulated activation of NF-kB in cancer development. 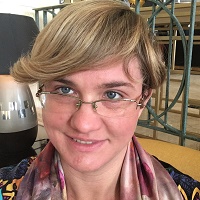 Designation: Infectious diseases specialist University: Hospital for Infectious Diseases Country: Poland More Details
Karolina Pyziak-Kowalska-An infectious diseases specialist working in Hospital for Infectious Diseases in Warsaw with over ten years of experience, including the position of the Head of the Emergency Department. Her interests focus on the broadly understood procedure of patient care, optimization of testing for infectious diseases, in particular, HIV and HCV, and travel medicine (prophylaxis before travel, as well as diagnostics and treatment of diseases brought from tropical countries). In the field of law, she is interested in the rights of patients and medical personnel, including in particular responsibility for medical errors. She is the Deputy Chief Spokesperson of Professional Liability, an active participant in professional proceedings before the Medical Court. Author of works in the field of legal and medical issues.infectious diseases specialist 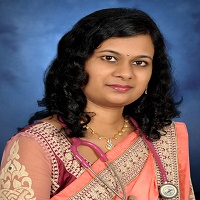 Designation: Clinical Fellow PICU University: Great Ormond Street Hospital Country: United Kingdom More Details
Dr Shalini Akunuri graduated from Karnatak Institute of Medical Sciences, Hubli as a merit student in 2007 and completed her DCH Paediatric training from the prestigious Osmania Medical College, Hyderabad, India in 2011. She secured 8 th rank in the All India DNB entrance exam and then pursued DNB Paediatrics at Lotus Children’s Hospital, Hyderabad, India from 2011 to 2013. Due to her passion in Paediatric Intensive Care, she further pursued PICU fellowship from the prestigious Narayana Health, Bangalore, India, in 2016. Following that she worked for some time as a Consultant Paediatric Intensivist in level 3 intensive care units. To gain further proficiency in the subject, she worked in the UK to seek Paediatric Intensive Care fellowship from the Royal College of Paediatrics and child health, London. Dr Akunuri has many publications in the field of general Paediatrics, Paediatric and Cardiac intensive care in national and international journals and books. She has also participated in various conferences and workshops at national and international level. 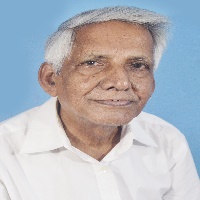 1. Born in a remote village of East Bengal ( now Bangladesh) on 14 February, 1945.
2. Name of Father late Gangacharan Majumder
3. Name of Mother late Sukhada Majumder
4. Completed school and under graduate education in a reported school and collage of Comilla-the dist. H/Q of Comilla dist. of East Pakistan (now Bangladesh) during 1951- 1965.
5. Completed post gradated education in physics from the dept. of physics, Dacca
University, East Pakistan (now Bangladesh) in 1967.
6. Migrated to India in the year 1967 and took teaching as a profession in higher secondary School in Tripura –a North East state of India.
7. Completed B.Ed (Bachelor of Education) degree in 1972 from Calcutta University.
8. Awarded Ph.D degree in theoretical physics by Calcutta University in 1985.

i. Worked as subject teacher in a Higher Secondary School and as an asstt. Professor and Reader in Physics from 1969 to 2005.
ii. Worked as a Administrator in different categories under Govt. and non-Govt. organization.
iii. Had research experiences in different subjects like physics, adult education, science education followed by 34 published papers.
iv. Wrote 11 books -10 in Bengali and 1 in English along with writing scripts for tele- film.